Pulling Clients from the Black Hole

Do you ever have clients that you lose in a black hole? You know, the "what ever happened to the xyz account?" question that comes up every now and then. Salesforce.com has done an amazing job of helping companies keep track of existing clients, but there is one report type that I haven't seen inside salesforce that can be solved using excel instead.

I call this kind of report the "without" report. Salesforce has built-in functionality to show you items that are linked; for example, it can show you all the contacts that have upcoming activities. It can show you all the Accounts with open Opportunities. But what if you want to see all the Contacts "without" an open Activity or all the Accounts "without" any Opportunities associated with them - you can't - because you are asking salesforce to show you what doesn't exist rather than what does exist. 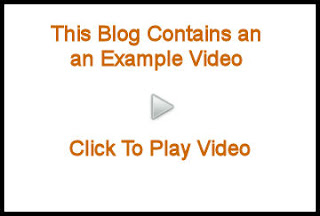 A client asked me for just such a report this week. He was worried about losing prospects in a "black hole"; meaning, he wanted to know which Contacts had no open Opportunities or open Activities. He knew he had dozens of Contacts that had no upcoming activities - these clients wouldn't be hearing from him because he had never set a task for some kind of followup in the months to come. These clients were in a black hole and he wanted to pull them out.

The excel function we used to lookup the activity on the second worksheet is called VLOOKUP. This formula will be located in the column next to the contact name on the first worksheet. It has 4 operators. They are:

Lookup_Value: This is the field containing the value that you want to search the second sheet for. So we'll put the cell containing the contact name in there. It will be the cell just to the left of where you're putting the VLOOKUP formula.

Table_Array: This is the table containing all the contacts and their open activities. For us, it is the contacts and activities columns on the second worksheet. Highlight that entire table, both columns. Be sure to fix the value with $ signs so it does not slide as you copy VLOOKUP into the rest of the column. It will look something like this: "All_Open_Activities!$A$1:$B$35"

Col_Index_Num: This is simply the column that contains the answer (the activity) that we're copying from the second sheet into the first. For our purposes, it is column 2 - so just put a 2 there.

Range_Lookup: Just put FALSE. This has to do with how closely excel tries to match the contact names. In our case we want an exact match. If it doesn't find an exact match it will put "NA" for the answer.

This same methodology can be used for any "without" report. It can show you the records of any object that do not show up on the related list of another object. Accounts without Opportunities, Leads without Activities, Accounts without Contacts, etc.

By www.snapptraffic.com and Mike Snapp